On Tuesday March 20th, the Virginia Department of Transportation (VDOT) will host a "Pardon Our Dust" Community Meeting regarding the new Washington Blvd bridge over Columbia Pike. The meeting will be at the Carver Community Center at 1415 South Queen Street from 7:00pm to 8:30pm. The agenda includes an overview of the status of the project, the upcoming construction and the plan to maintain traffic flow during construction. For those who can't make the meeting or would like an overview beforehand, here is what we know so far about the project:

The existing bridge that carries Washington Blvd over Columbia Pike was built in the 1940s as part of the Pentagon Roadway Network. It is a thick, solid structure that suffers from deteriorating concrete, corrosion, and heavy chloride contamination. The bridge was rated as "poor" in recent structural inspections, meaning that the superficial concrete is in poor condition, but is still sufficiently capable of carrying traffic without further restriction or risk to the public. In addition to this, the interchange around the bridge does not provide adequate operations for cars, cyclists or pedestrians.

Below is a modified version of VDOT's interchange overview drawing. I have tried to remove a lot of the distracting information from it so it is easier to focus on what is new. You can click on the image below for a larger version. 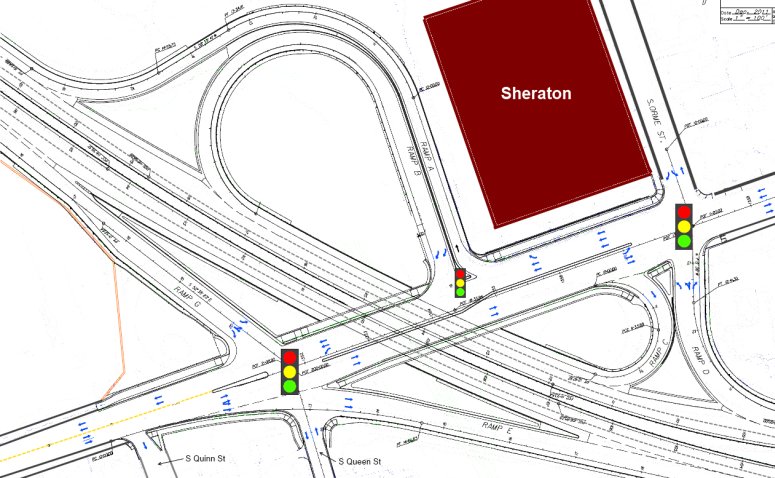 Washington Blvd going over the bridge will receive several improvements:

Columbia Pike in the area around the interchange will experience several positive changes:

Is there a timetable yet for the project?